The story behind my Kids' Café™: It all started with a little pat on the back. 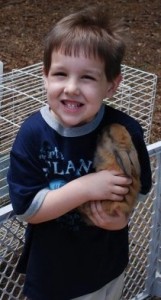 [/caption] My spouse and two grown children are all-the-time asking for autographed copies of my books they want to give to friends. Or to a special someone they’ve met during life’s daily journeys. One such request came recently. My Jerry asked me to sign an age-appropriate book for four-year-old Jonathan, Kelly’s son. Kelly, he said, is Shift Supervisor, Coffee Master, and Community Lead at one of Jerry’s favorite Starbucks stores near our home. A couple of weeks later, Jerry and I were having coffee. He saw Kelly and promptly introduced us. Kelly proudly shared how my book The Bridge is Up! had become a favorite of Jonathan’s. She went on to tell how she’d read it so many times that she and Jonathan had learned most of the words. WOW! I asked Kelly to take her hand and reach around to the back of her shoulder. Wearing a puzzled look, she proceeded to do as asked. I went on to ask her to pat herself on the back. As usual when I extend this invitation to parents and caregivers, I recognized on Kelly’s face that touch of self-consciousness. But you know what? She did it. She did it, I think, because I’d asked. And I think she did it because she recognized that she had, in fact, been doing something really important for her child now and for his future. She had made time and energy to reread her son’s favorite book…to encourage and assist her little guy toward becoming the bestest reader he can be. More kid-treasuring conversation later, Kelly asked if I might come to her Starbucks to read some of my books and share my poems and songs with kids. Hey, Kelly didn’t gain her impressive multiple job titles for nothing. She knew that this is what I do around the country in schools and businesses…or wherever there’s a kid or two. Though tempted, I didn’t bend Kelly's ear to tell about the serendipitous story time I’d had with two little boys and their mother in Macy’s the day before. Yes, there’s a story in that…for another day. So there you have it...the backstory around Kids’ Café™ -- a title I brainstormed to use for such events. And Kelly liked it a lot. You'll see. Take a look in Starbucks’ window at Lavista and Briarcliff in Atlanta. WOW! That’s tomorrow night. Can't wait...but, then, tons of kids know the theme learning patience is what The Bridge is Up! is all about. Yes, "Everyone has to wait." See you…and you, Jonathan…there!
Tweet Like Pin It Add Email